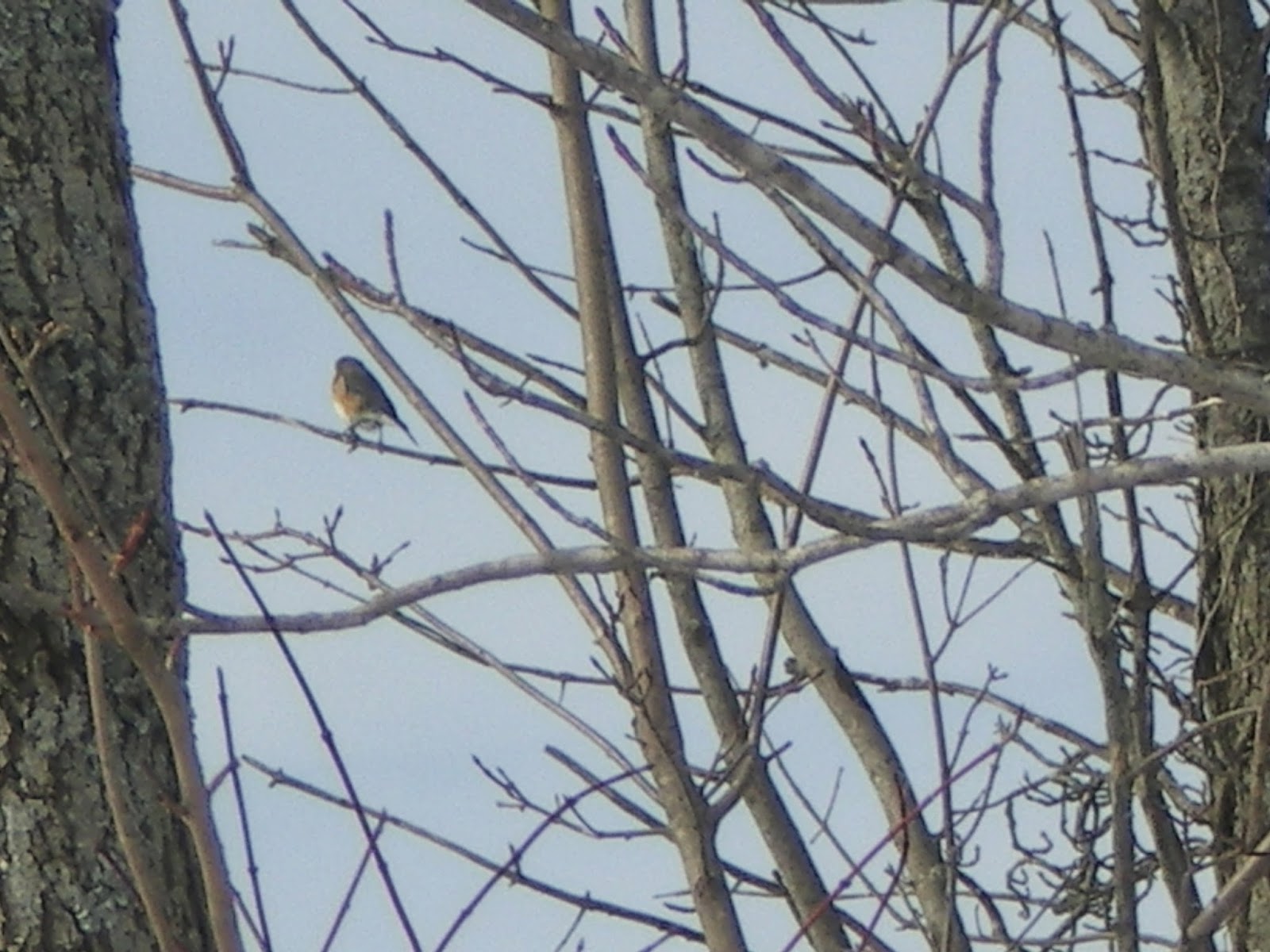 The cold weather has paused, indicating that just maybe Spring will make a feeble effort to make its presence known.   The few areas on the lawn and pasture where the grass is now exposed, warm quickly in the sunshine and become magnets for all sorts of critters.  Tiny insects swarm over these, which attracts numerous bluebirds.   Earthworms stick their fleshy noses out of the dirt, only to become prey to Flickers and flocks of Robins heading home.  Mice and voles daringly venture out of their winter tunnels beneath the snow to check for bits of green, while they too become a quick meal for a passing hawk or fox.

Posted by My Happy Acres 2 comments:

Email ThisBlogThis!Share to TwitterShare to FacebookShare to Pinterest
Labels: something nice, spring

I've been watching the thermometer bounce up and down between painfully cold and where wearing a light sweatshirt will suffice.  Today, though a bit overcast, feels reasonably warm.  Traveling down the snowshoe trails, one sees evidence of the forest critters finally coming out of their hiding places. 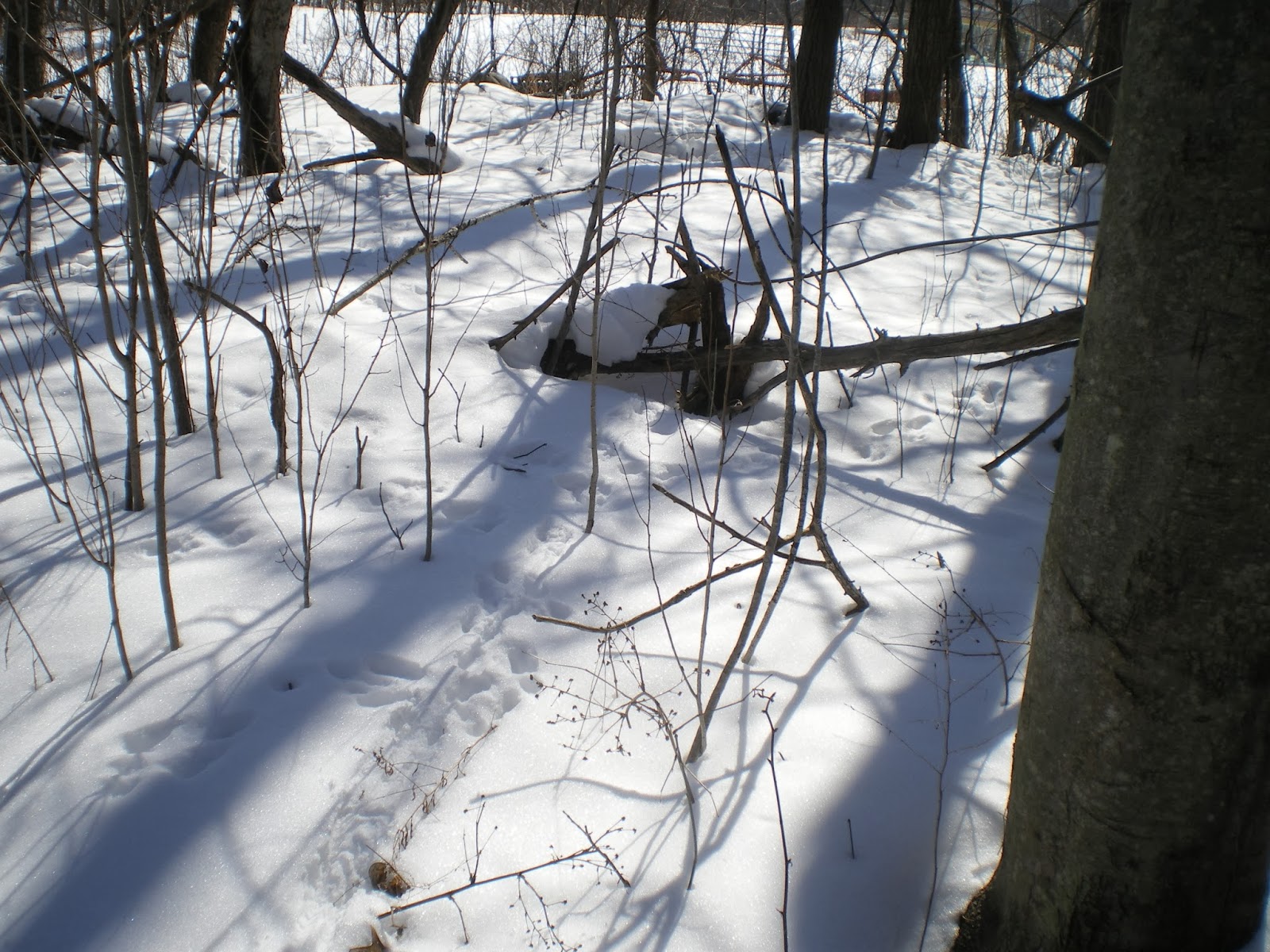 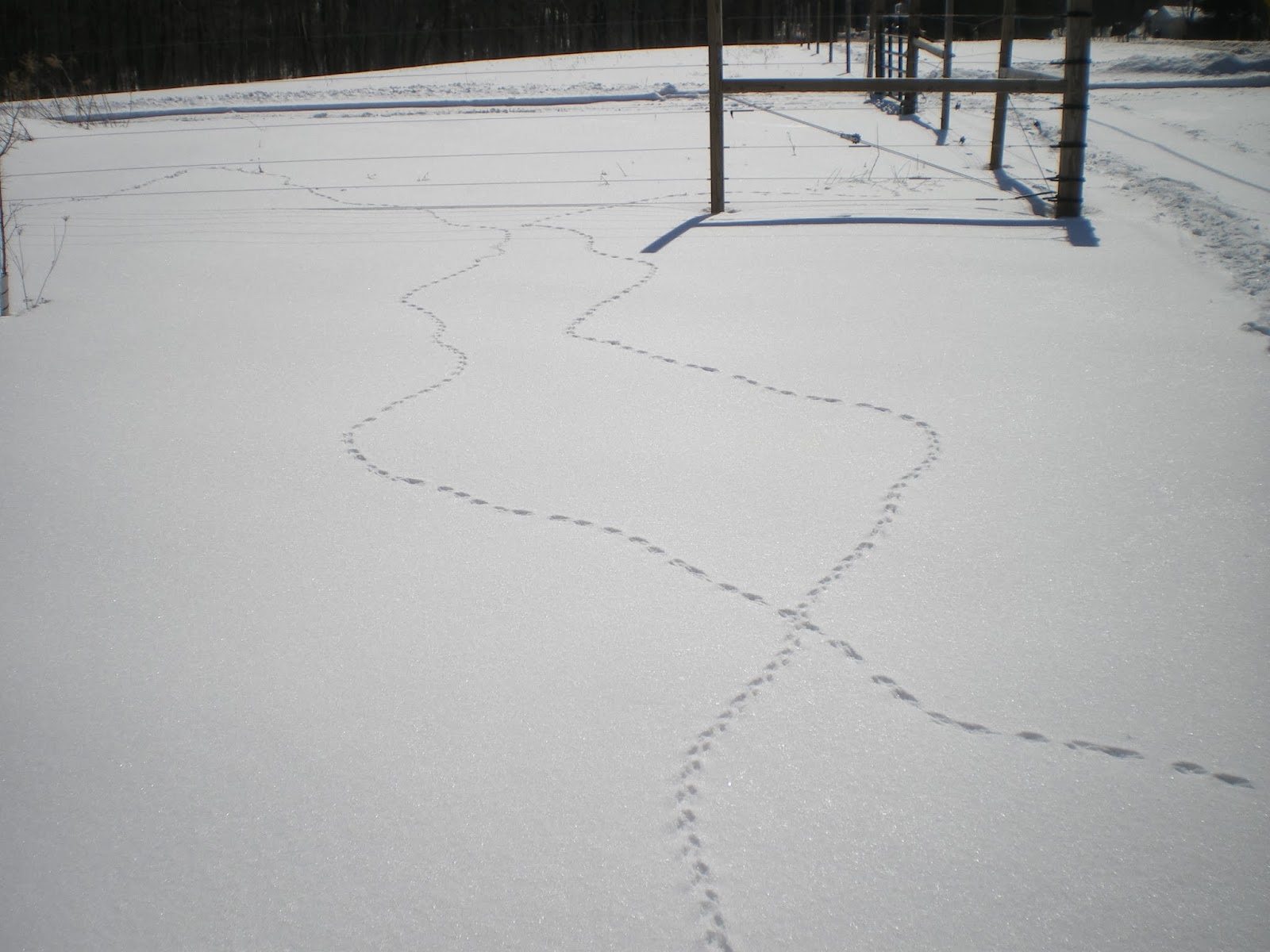 In the early morning, while walking the trails you can hear the ice cracking and water moving beneath the snowpack.  Periodically, you hear the chatter of the small rodents as they hurry along in their snow tunnels.  As the snow melts away, these tunnels stand out like veins until they finally collapse, exposing the trails and winter stashes collected there.  According to the local statistics, we've had nearly 100" of snow this winter.  Some areas just East and South of us have had more, so we're grateful for the lot we drew. 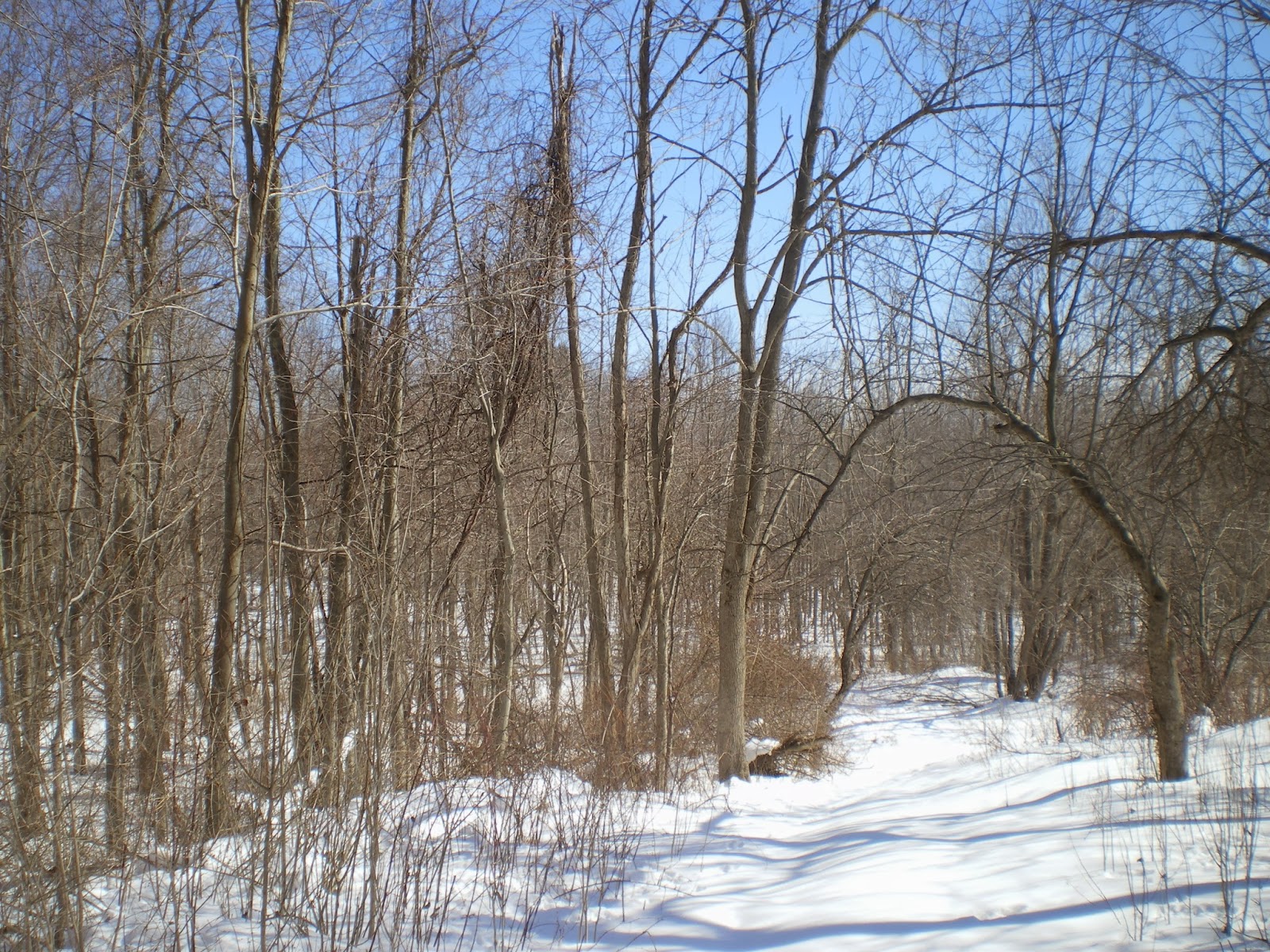